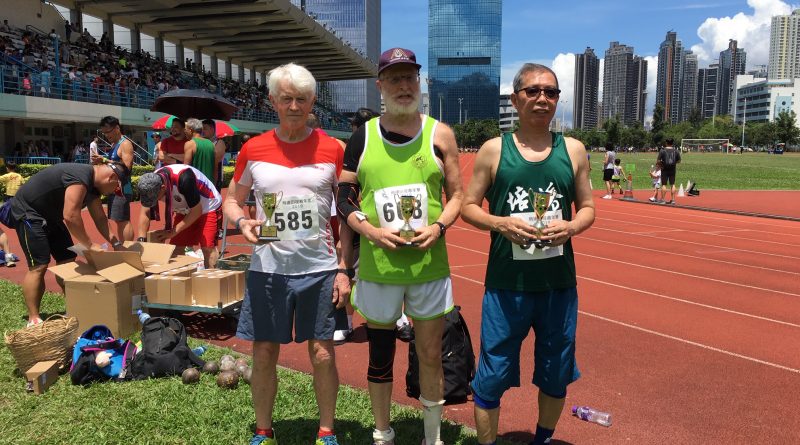 It is with a great deal of sadness that we have to report the death of long-time AVOHK member, Mr John Casey. John passed away peacefully on Sunday night with his wife Annky by his side after a brave fight with cancer.

John was 73 year’s of age and a constant supporter of AVOHK as runner, organiser and friend. In his prime he was a talented runner and would be found at the front of races including regular appearances in the Seniors category of the Golden Mile around the streets of Central.

He participated in Master’s events both in Hong Kong and internationally focusing more recently on the shot put, to which he brought his own unique style.

If you have ever run an AVOHK Race then you would surely have seen John at the Start/Finish line or on the course cheering you on and as races in Hong Kong require permits from various Government departments it was very often John that secured these permits to allow the races to proceed.

AVOHK will miss John as an active member, but perhaps more so as the guy in the hat with the wry sense of humour and abundant enthusiasm. Our thoughts, prayers and sincere condolences go out to Annky and surely he will be remembered by AVOHK.

We will relay funeral arrangements when they are finalised.