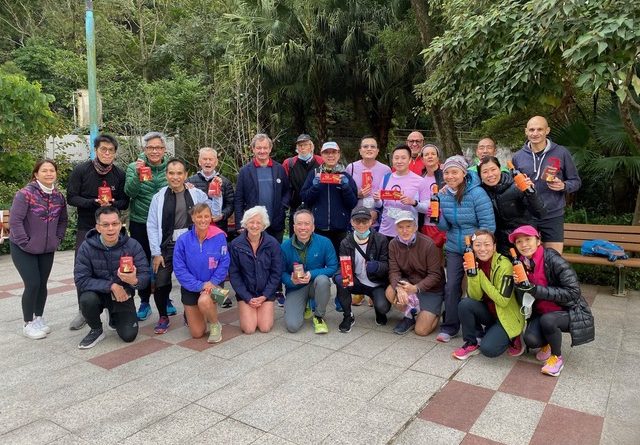 Cold and blustery weather together with the tough course did not deter the runners from having a good pre-Christmas run.

The race format allowed mixed or all male/female teams, with the men running 6k and the women 5.4k.

The teams started in waves, the first runner on the gun, followed by the second runner after 60 seconds then 30 seconds later the third runner followed by the fourth after another 30 seconds. The team position being decided by the position of their last man home.

In true Christmas spirit all the runners received a Christmas prize and an AVOHK Anniversary t-shirt.

Everyone went home happy, looking forward to the next AVOHK event early in the New Year.

Congratulations to all who joined!