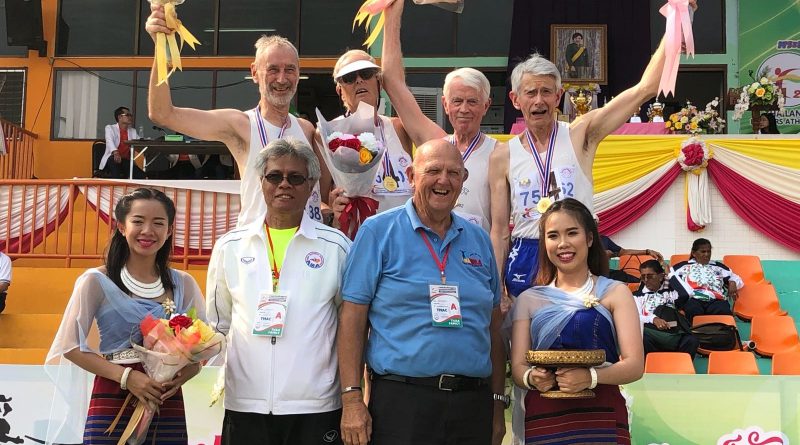 A blistering sun, temperatures rising into the 30’s, and the noisiest stadium ever, thanks to the drums, castanets and chanting of Thailand’s most enthusiastic cheerleaders, may have softened up some of the athletes at the 23rd Thailand Masters Athletic Championships on March 9-11, but the AVOHK contingent showed their true grit andperformed like stars.

Getting there was the first challenge, for Lampang is in the rural north of the country, two hours south of Chiang Mai Airport. For the group I flew in with, hiring a taxi proved as expensive as hiring a car for the whole five days, but our bacon was saved by Gordon Chung, who borrowed a car from his Thai brother-in-law, and drove down to Lampang with the verve of an F1 champion. Team members at other hotels also found a hire car cheap and indispensable.

It goes without saying that the AVOHK team were among the finest body of muscular men and athletic women who had ever graced the lush valleys and muddy rivers of Lampang Province, but the burning sun took its toll and we were wilting a bit. For example, Frank Pilkington was doing his race warm-up in a hammock,

while Dr John Fowler was attending to a queue of non-paying patients needing advice on how to avoid heat stroke and sunburn. The AVOHK gang’s body language, which usually reads: “We can beat anyone around any track” was melting away to “Give me a beer and let me go to sleep.” But no worries, for fast Dave Smith, the only man with a voice stentorian enough to be heard over the Thai cheerleaders’ booming dance music, provided powerful incentive to the AVOHK track gang … and encouragement was all we needed. 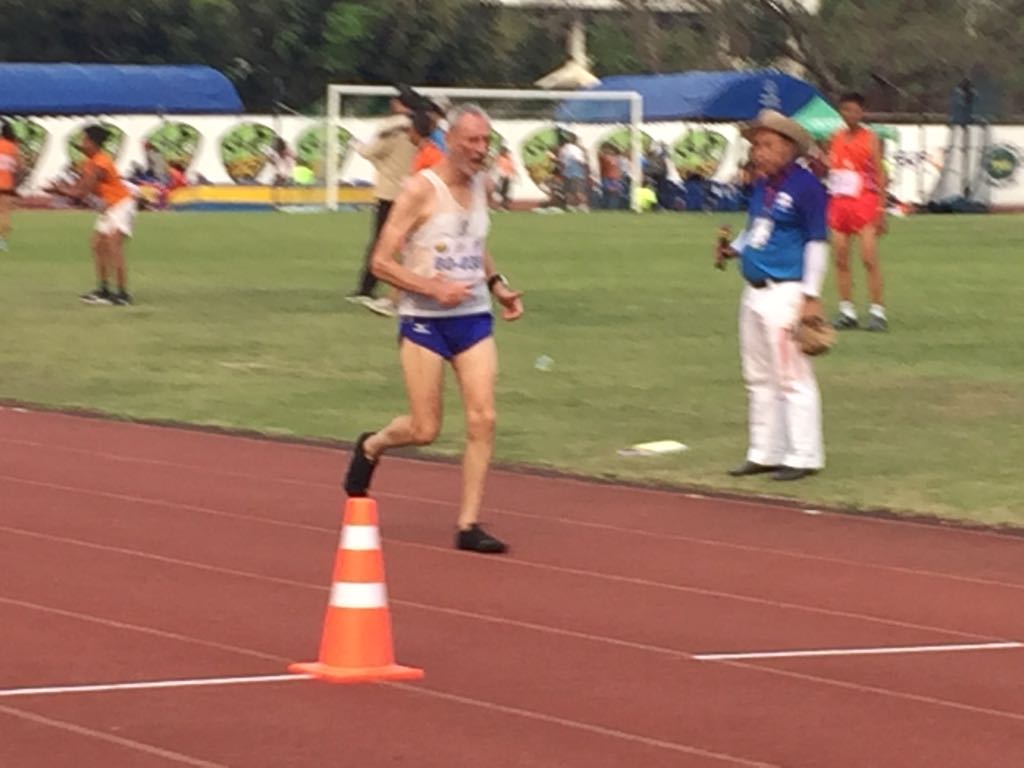